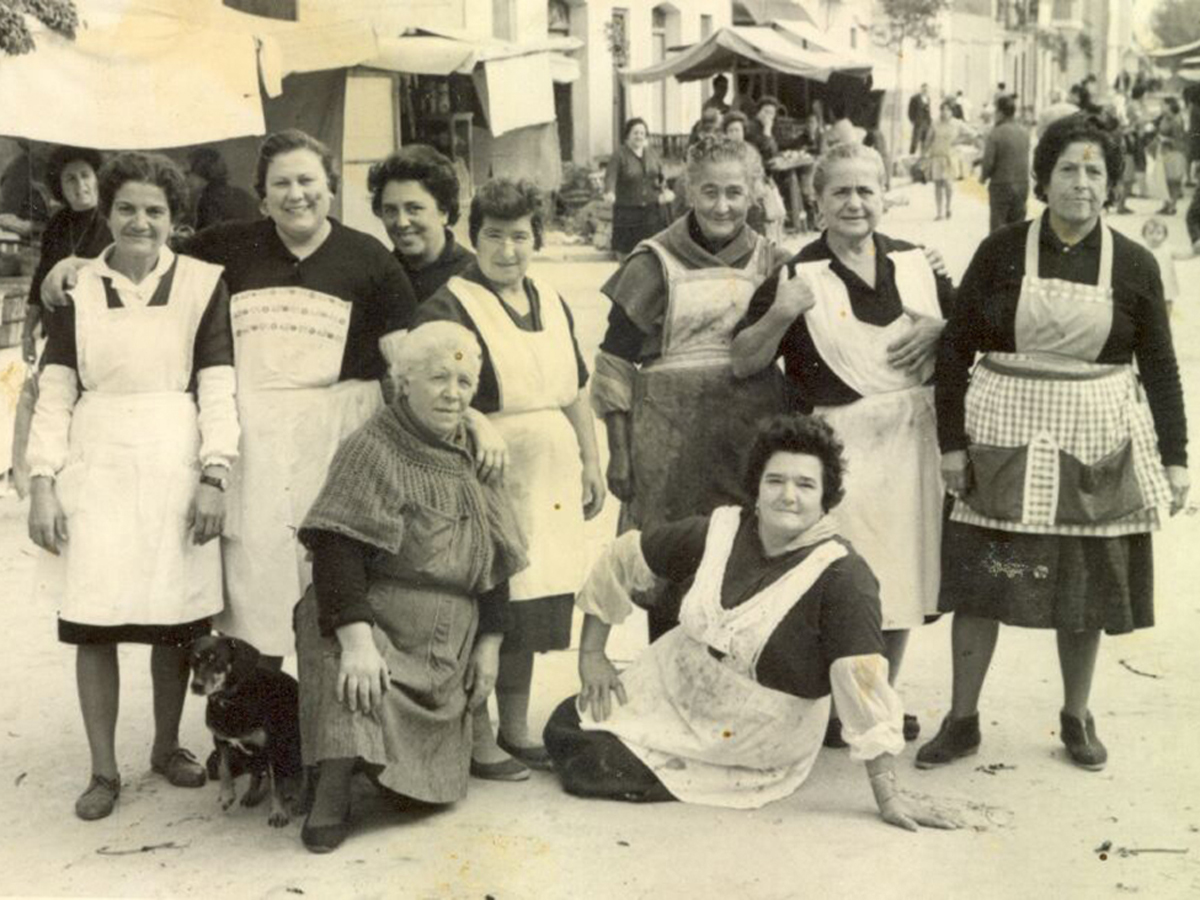 These are the places where we have come together since childhood, where we have done our shopping, been to the doctor, grown up, and that have formed part of a shared experience that has shaped our identity. Public services, institutions and places that we have all used, be they public or private, civil or religious.

We will learn about old time shops that have disappeared because of technological advances and the loss of some trades, for example the enormous soap factory, JABONERÍA, the old coal shop, CARBONERÍA, or even the slaughterhouse MATADERO DE BENIMACLET.

We will talk about the village square, which was the true nerve centre of the neighbourhood, where there was always a more or less permanent market, MERCADO, varying in size but always active.

We will find out about services that no longer have the same purposes but that remain as forgotten urban landmarks. One is the water tower, DEPÓSITO DE AGUA, in Enrique Navarro Street, another is the old potato house, LA PATATERA.

They say that history is cyclic, and one example of that might well be the now lost building called CÁMARAS BECCARI. It used to be a rather unsanitary and controversial building. It has now been torn down and replaced by a health centre that almost collapsed while it was being constructed. And, naturally, we will also touch on the spiritual aspect and talk about the church, IGLESIA DE LA ASUNCIÓN and the cemetery, CEMENTERIO DE BENIMACLET, two places strongly connected to neighbourhood traditions and memories.