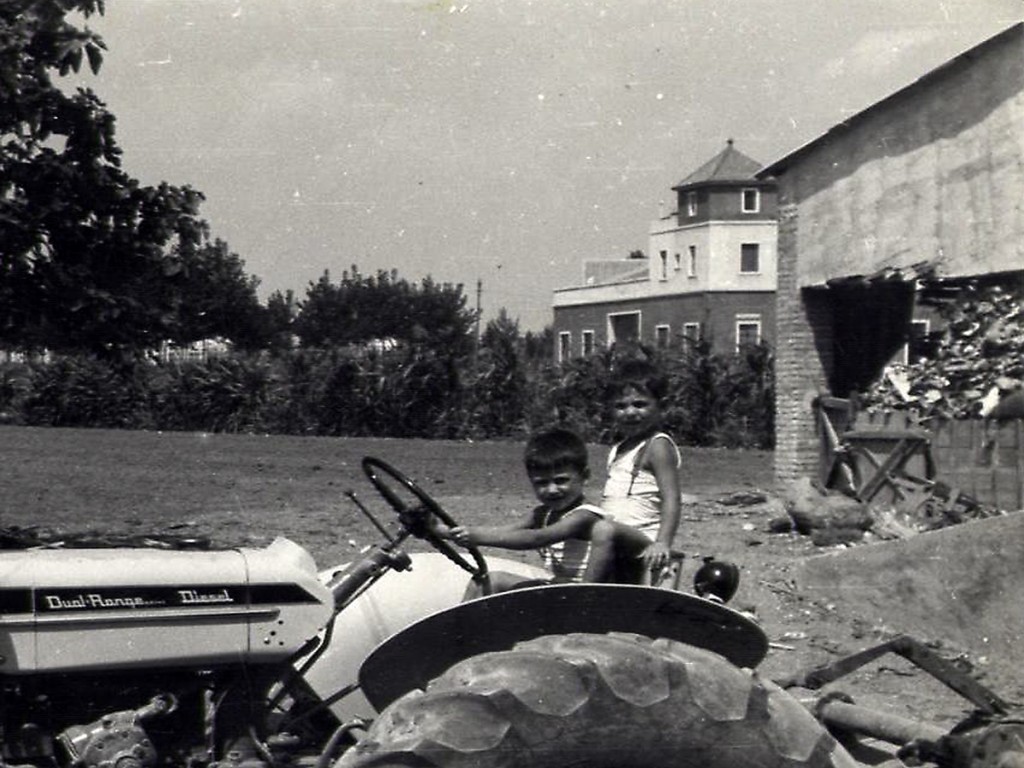 This building used to be a warehouse for potatoes, where the farmers went to sell their produce wholesale. There was also a scale to weigh the lorries .They had to be weighed, because in order to enter the city a small toll must be paid. This was to control what goods entered and left Valencia. It was necessary to show a document that declared the amount of goods carried. This service was open to anyone who came there; it was not only for lorries but also for carts. A married couple lived there and worked as caretakers of the warehouse. The house in which they lived still stands.

The building stopped functioning as a warehouse, and on December 29, 1983, the night club Pachá Auditorium was opened. It was an impressive concert hall and discotheque with all the latest as to spectacular illumination, sound, air conditioning, smoke detection and security. It soon became the central meeting place for the shameless, explosive and transgressive youth. There were various spaces at different levels: disco dancing, burger bar, boutique, kiosk, slot machine arcades.

Many of the groups and artists who performed at Pachá had been unthinkable at these latitudes until then. Some, like Depeche Mode, Nina Hagen, B.B. King, O.M.D, Radio Futura, Simple Minds or Gabinete Caligari, performed during the first few months of the club´s existence and helped place Valencia on the circuit map for concerts in Spain.

Pachá Valencia began having economic problems because of the high costs and because the discotheque did not catch on. Due to economic conflict with Ricardo Urgell, who owned the famous international leisure brand, the name was changed to Arena Auditorium and the original company was dissolved. Dozens of Spanish and foreign groups and artists performed at Arena, too, such as Iggy Pop, Radiohead, Héroes del Silencio and many more. The list of concerts offered is enormous. During almost 15 years the establishment defended its status as the central musical reference of the city. For various generations of Valencians, what they experienced inside those walls are indelible memories. Nobody can deny that it was a feat to bring the best pop and rock stars to Valencia.

At certain hours you could see big groups of young people walking along Emilio Baró, on their way from downtown Valencia or from the bus stop, to the disco club.
The features of the premises and its average number of clients, its capacity for thousands of spectators, lifted Arena to national fame. But this hardwon trajectory that lasted over a decade could not stave off the end. Unfortunately the night life style of those times was associated with drugs and violence. Arena closed its doors in 1999.

Since then it has been downhill. People who live in the neighborhood keep informing the authorities about the deterioration of the building and demanding its expropriation. They want it to be repaired so that it can be of some public use, for the good of the inhabitants of Benimaclet.

According to the general development plan for Valencia (Plan General de Ordenación Urbana), the building is protected and in theory safe from urban speculation, since the land is classified for tertiary use. Apartments cannot be built on the lot. Even so, the neighbors fear that the historical premises will end up in ruins if the present pace of destruction is allowed to continue. In November 2012 a fire broke out, and in June 2013 various parts of the roof caved in. There has been talk of installing a produce market there, or to make it serve for some social or cultural purpose for the district, but none of these options have been realized. The urban planning required for any decision has not yet taken shape, and meanwhile the remnants of this old potato warehouse languish, exposed to the weather.