The Market on the Square 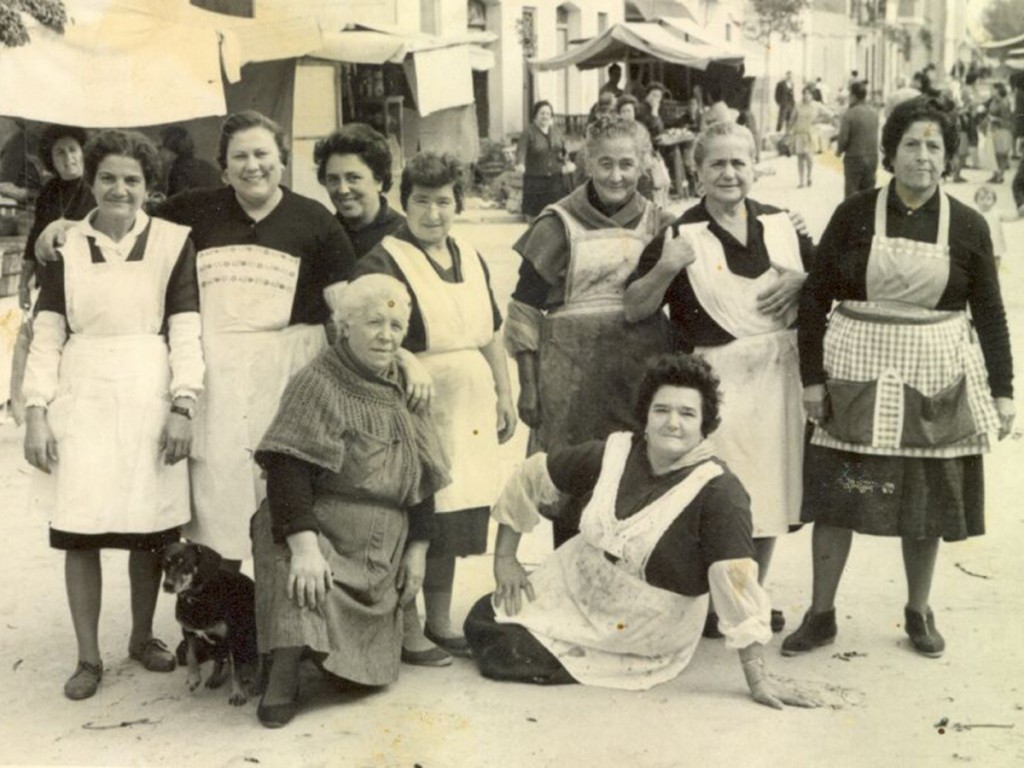 There used to be an open-air food market in the square. In the 1950’s there were 20 or 25 stalls. The number varied since the sellers were the farmers themselves who sold their harvest; therefore the sales were irregular, depending on the season. The market was mobile; the stalls were not permanent. The sellers displayed their products, and afterwards they loaded everything on a cart and took the stall with them. The market was daily.

From around 1960-1965, the market began to have small permanent stalls, coloured green, some made of wood, others of metal. In the seventies there were only around seven permanent stalls. New people were arriving to sell, using boards and sawhorses to display their wares.

By the 1990’s there were only three permanent wooden stalls: Amparín, the poultry seller, Toniquín, the fish seller and Amparo, the greengrocer seller. Sometimes, other sellers would join them with a mobile stall.

This market finally disappeared in 2008, as all the sellers were retiring and there was no new generation that wanted to continue selling in the square.

The summer cinema
Scroll to top