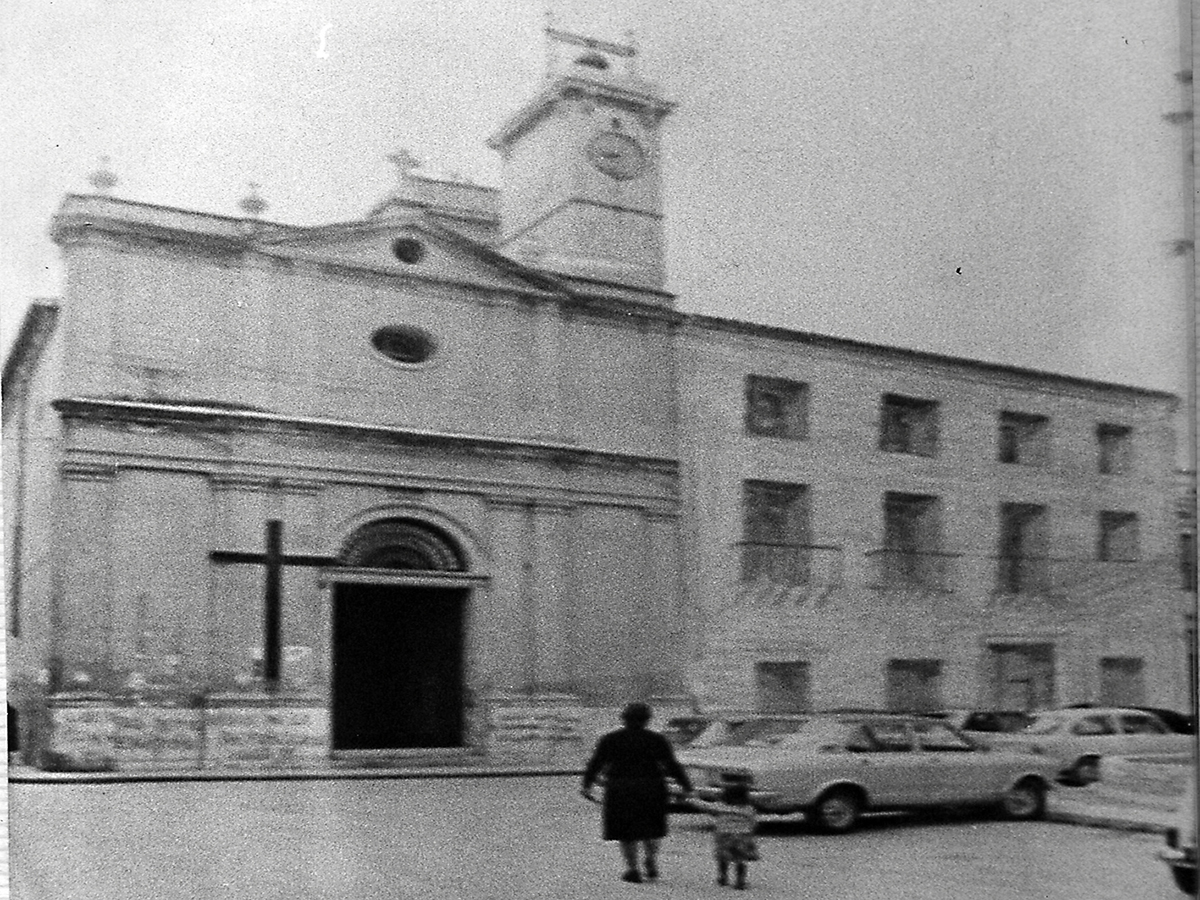 The Asunción de Nuestra Señora (Assumption of Our Lady) church was erected by San Juan de Ribera during Christmas 1594. In the same place where the temple is now situated, there was already a small shrine where the farmers from the surroundings celebrated the feast of the patron saints Abdón and Senén. In the parish archives one can find the books of La Cofradía de los Santos de la Piedra (Brotherhood of the Saints of the Stone) from at least 50 years before the parish was founded. This shrine was where the dome and the presbytery of the current temple are today. Its entrance door was in the wall along Nuestra Señora de la Asunción Street.

This shrine was turned into the present temple by means of additions. In 1963 there was a first major reparation of all damages. In 1745, after 15 years of work on it, the bell tower attached to the church was finished. By this time, the church had a Vaso de los Santos, a place to bury people. In the present presbytery there is a small crypt where human remains were found a few years ago.

In 1802, the central nave was finished. A century later, when Miguel Zaragozá was the priest, the choir was built along with its pillars and the organ was installed. Around 1956, the lateral wing of the church and the dome were added. Twenty years ago, more or less, the Capilla del Santísimo Cristo de la Providencia (Chapel of the Holy Christ of Providence) was finished and the presbytery was reformed. The promoter of this project was the priest Juan Luís Orquín Roig.

In the neo-romantic style chapel, what stands out is the hand-carved roof made of fragrant kinds of wood such as sandalwood and juniper, representing the history of salvation. We may highlight the curiosity and meaning of the last three pictures; in the first place we see the Church of Valencia, represented by the Cathedral. Then, there is a picture in white, and the last picture represents the Glory. The unknown of the picture in white can be explained: it represents the history to come that is still not written, but for the Christian it will always end in glory.

The images placed on the various altars are not the originals of the past. In our civil war of 1936, one side destroyed everything religious: bells, images and some sacramental books, which were burnt in the square. The temple was used as a warehouse.

After the war, some of the images were replaced through private donations. The sculptor Antonio Greses Ferrer carved some images and donated them to thank God for his having survived the war. Important Benimaclet families donated other images. The replacement of the four bells was also financed by notable local persons, and they were inscribed on the bells.

The predominant style of the church is neoclassical, except for the chapel part, which is neo-romantic. The benches are noteworthy, too, since in some of their backrests there are Braille signs for the blind.

Next to the sacristy, there is a special object, an Arabic tombstone with Kufic characters. It is the oldest object in Benimaclet, as it is from the year 1000 approximately, even though it was found in a field in the 16th century. It is the sepulchral stone of a Muslim. The place where it is situated could be called an ecumenical chapel, as it is decorated with symbols of the three monotheistic religions that believe in only one God: Judaism, Christianity and Islam. The reproduction of the original, found in the Ceramics Museum José Martí, has been made into a clean copy in a second stone, and in a third one, there is a translation of the Kufic characters that demonstrates the faith in God of that Muslim.

The oldest part of the old shrine, already mentioned, is located in the parochial office, where there is a gothic style window.

Finally, we stress the importance of the newly constructed Altar del Sagrado Corazón de Jesús (Altar of the Sacred Heart of Jesus), made by Antonio Greses Ferrer, thanks to the initiative of the current priest José Antonio Varela Ferrandis.