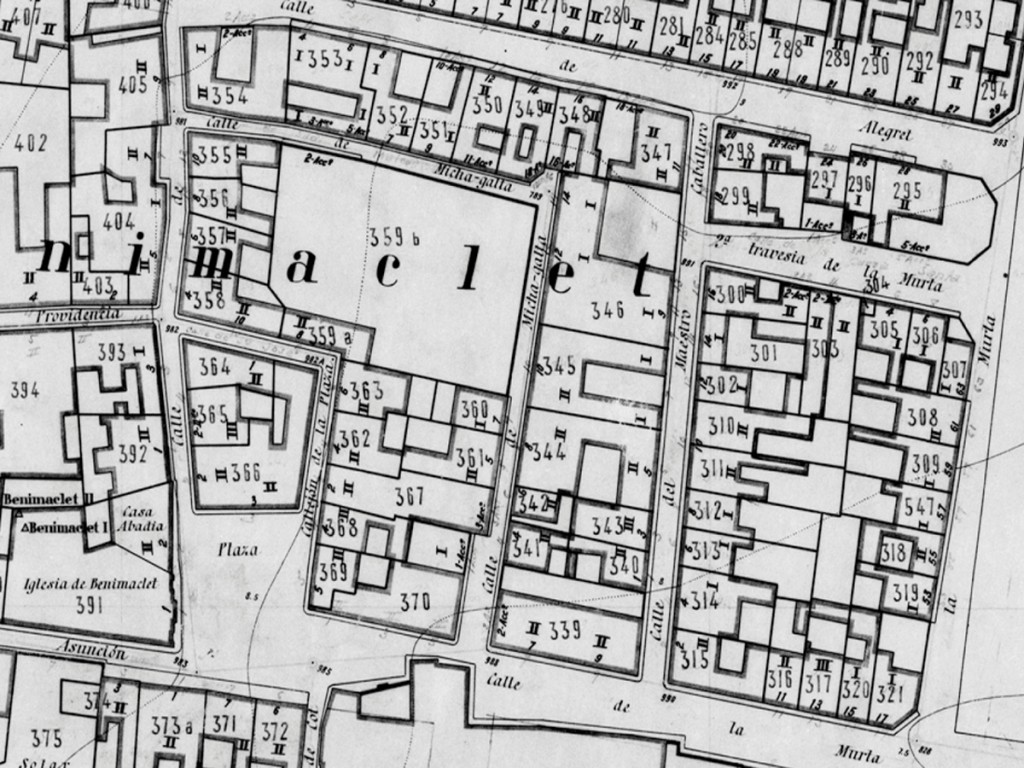 This shop was situated in the Church Square, next to a dairy, in what is now Benicolet Street. The house belonged to the Bellver family. The grandson Luis Bellver tells us that, when his grandmother Elvira Laguarda got married, she went to live there for three years, but at this time it was not yet a coal shop. Later, Vicente Mondragón, who opened the coal shop around 1940, rented the house. He shut it down around 1970.

The ground floor was a big room where different types of coal were sold along with water and wood, all of it arranged in small compartments. At the back there was a yard with a small stable for the horse. The living quarters were upstairs. The entrance to the coal shop was a big folding wooden door. The coal was sold in “sarias”, a kind of large basket, as the coal is not very heavy. Such baskets were also used to carry artichokes and other stuff.

The fame of the coal shop grew when people started to use petrol in Valencia, as it was distributed from here. The families started to use petrol stoves for cooking. In the shop there were big tanks with a shaft and the oil was drawn with a pump. The shop disappeared at the end of the sixties.

The Health Centre
Scroll to top