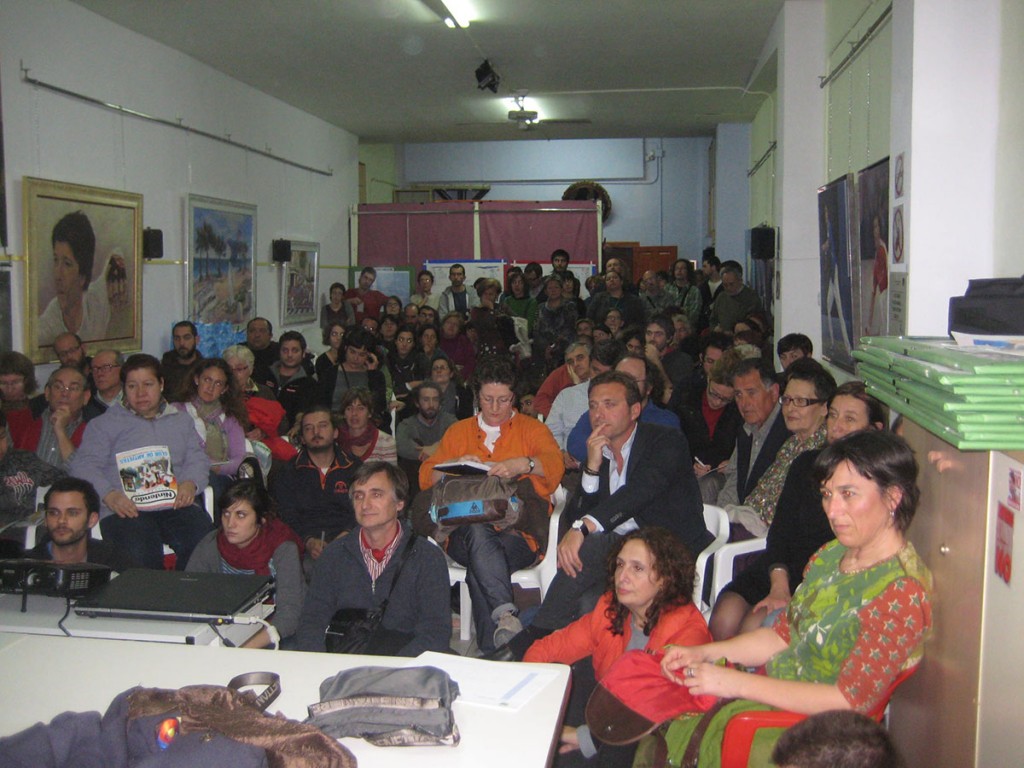 The Neighbourhood Association of Benimaclet has had its establishment at 42 Valladolid Avenue since 1982.

The neighbourhood associations are independent non-governmental organizations, not linked to any government or political party – wich does not mean that they are apolitical.
They came into being towards the end of the 1960s, even though their presence in all cities and towns was generalized later, in the early and mid 1970s.

The reason for their emergence was not just the disastrous situation of a time when all basic public services were lacking, but also, let us not forget that, the absence of liberties. The neighbourhood associations undoubtedly served as a refuge where one could do grassroots democratic work and contribute to the end of the dictatorship.

Always under the motto: “From Protest To Proposition.”

The neighbourhood association of Benimaclet was created in 1974 by a group of residents of the barrio who decided to form an Interim Committee in order to work for more and better public services: schools, daycare centres, a sewage system, asphalted streets, traffic lights…

The first mobilizations and vindications organized by this Interim Committe were to demand traffic lights for Emilio Baró, improvement of security around what was then known as the “little train” (trenet) and daycare centres for the children of working families.

This was, for example, how the daycare centre of the I.S.O. (Instituto Social Obrero) was created as a cooperative. It played an important role during the 1970s.
Between 1974 and 1976 (when the association was legalized) the Interim Committee functioned under the Franco regime law of family associations from 1964.

The Neighbourhood Association of Benimaclet consists of anyone who freely chooses to become a member, no matter what your social origins are (it is an interclass social movement), if you are a member of a political party or not, or which religious beliefs you have or do not have. What is NOT accepted in the association, and firmly rejected, is any position that promotes racist, xenophobic, homophobic, fascist, violent, etc. ideas.

The association is led by a Board, consisting of a minimum of four persons, elected every three years by the General Assembly.

Much of the work is carried out by ad hoc work groups: education, urban planning, health, etc. Any member who wishes can join these work groups.

In all of our history, we have hardly ever had to vote to pass any proposition in the Board. Almost always the suggestions can be passed unanimously.

For members to participate actively, whether or not they belong to the Board, is completely voluntary. Nobody receives any economic or material benefit for work done. Each individual contributes and accomplishes what he/she chooses in each moment. You do not have to “punch a clock”, and there are no “duties” of any kind.

The Cemetery
Scroll to top