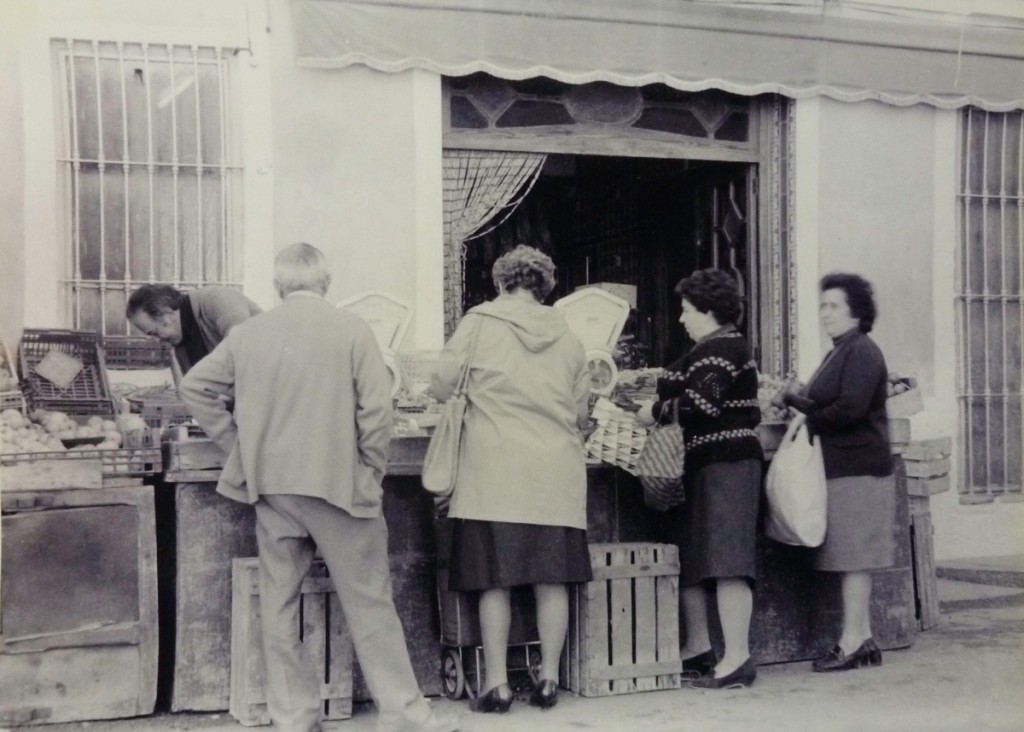 The chocolate-maker’s store (la tienda de la Chocolatera) used to be in Nuestra Señora de la Asunción Street. The doors are still there, but now closed, as the family moved the shop to Utiel Street. The ground floor space where the shop used to be belongs to a house with two entries. The main entrance opened onto the square and the other one faced the backyard. In summer they would take out chairs to sit in the square to chat. People remember that the poet Carles Salvador used to rent the first floor of the house, and he lived there the whole time he worked as a teacher in Benimaclet. In the back of the house, the dead-end street has been named Poeta Carles Salvador in honour of this great poet.

The name La chocolatera comes from the grandfather, Jose Pastor, who worked making chocolate. To make it, he would buy cocoa, ground the beans and make the mixture. Once done, it was sold in bars. This continued until health regulations began to require specific conditions for this product, which put an end to the production of this famous homemade chocolate.

In the beginning, the grandfather Jose Pastor had no shop but delivered the chocolate himself to the clients. Later he opened his grocery store in the square, as his house had an entrance there. This store had a big and high wooden counter and lots of shelves, also all made of wood, as was usual in the old style shops. The doors were always open during the day, and we can say that the store was a point of reference for the locals as a meeting place. The customers would do their shopping while chatting. It sold fruits, vegetables and other products. Everything was sold in bulk as was the only way in those times: the oil was sold by litres or smaller measures, the beans were sold by weight and the fruits by piece. This had to be so because in those times there were no refrigerators. It was another way of life.

In the post-war period, the shop distributed discount coupons; nearly all the women clients would use them for their Christmas shopping.

Today the grocery store “La Chocolatera” is still operating, but it has been moved to a corner of Utiel Street. It belongs to the same family, and the old house is still inhabited by the chocolate-maker’s son-in-law. The grandchildren manage the store now, but they tell us that much has changed: “Twenty years ago we would buy the wares in the local gardens, but now most of the products come from other parts. Everything has changed so much and old people complain because nothing tastes the way it used to. Nowadays the products are harvested while green and then they are kept in cold storage, whereas earlier the whole maturation process was natural.”