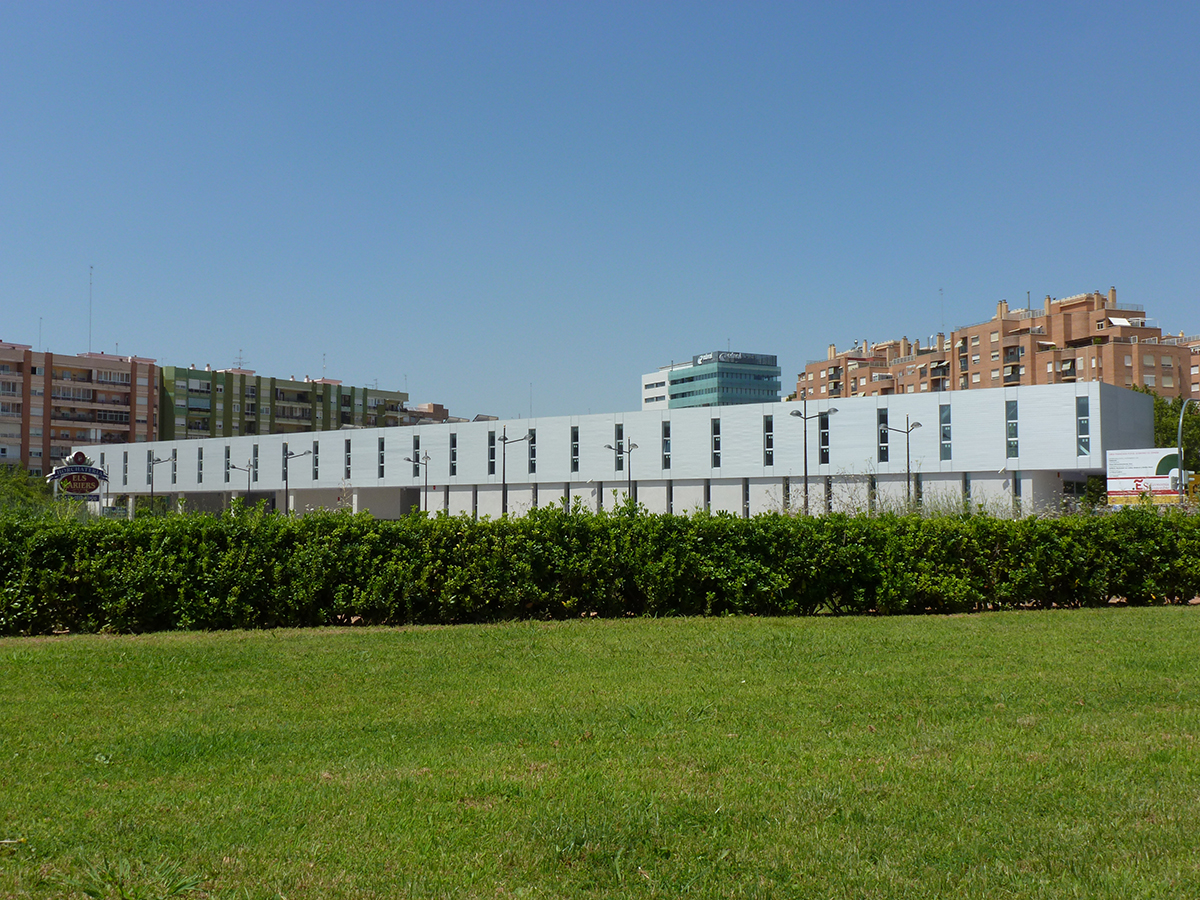 The Multipurpose Centre (Centro Multiusos) was designed by the architects Manuel Cerdá Pérez and Joaquín Asensi Roig and built between 2010 and 2011 by the company CYES Infraestructuras S.A, having won together the competition announced to this end. They worked also at the final phase with the architect Juan José Garrido and the company Singularq S.L.P., who were put in charge of the construction work by City Hall.

The centre consists of three buildings: Unit number 6 of the Local Police of Valencia, the Activity Centre for the elderly and the Workshop School for young people. It was built as a result of a tender announced by the City Hall of Valencia, and financed by the state fund for employment and local sustainability (Fondo Estatal para Empleo y Sostenibilidad Local (FEESL)), in other words a project aiming for dynamization of economic activity in the construction sector during the first years of the crisis that affected the country.

The Centre has four volumes looking south, united by one long elevated cross piece along Emilo Baró street. Under this piece are found the entrances to the different buildings and their courtyards. A concrete wall covered with poly carbonate protects all of it from the traffic noise of Alfahuir Avenue.

The southernmost unit is the centre for the elderly. Its courtyard will connect, in the future, to the next door health centre, for which the barrio residents have been waiting for a long time and which they are still struggling to obtain. The next building is the workshop school, open to the courtyard and using part of the cross piece. The last two units serve the local police, completing the elevated piece that responds to the barrio in an urban manner.

The courtyards permit the sweep of the sea breeze around the whole centre, opening its spaces towards the south, reinforcing the gradient of temperatures between the facades that look north and south, thus optimizing the air circulation throughout the building. The idea is to utilize natural systems of energetic efficiency, avoiding as much as possible the use of costly technologies to that end.

Thanks to a construction system based on prefabricated hollow-core slabs, a metallic structure, concrete panels and facade covers made of aluminium and poly carbonate, it became possible to reduce the time and processes of realizing the building and also to permit better control and quality of the finish.

However, other aspects of the project, that proposed more advanced technological solutions, were not accepted, because one of the characteristics of the tender was to give work to unemployed construction workers. These solutions were incompatible with the use of traditional labour power, and for this reason many of the creative solutions were realized, in the end, with less advanced techniques.