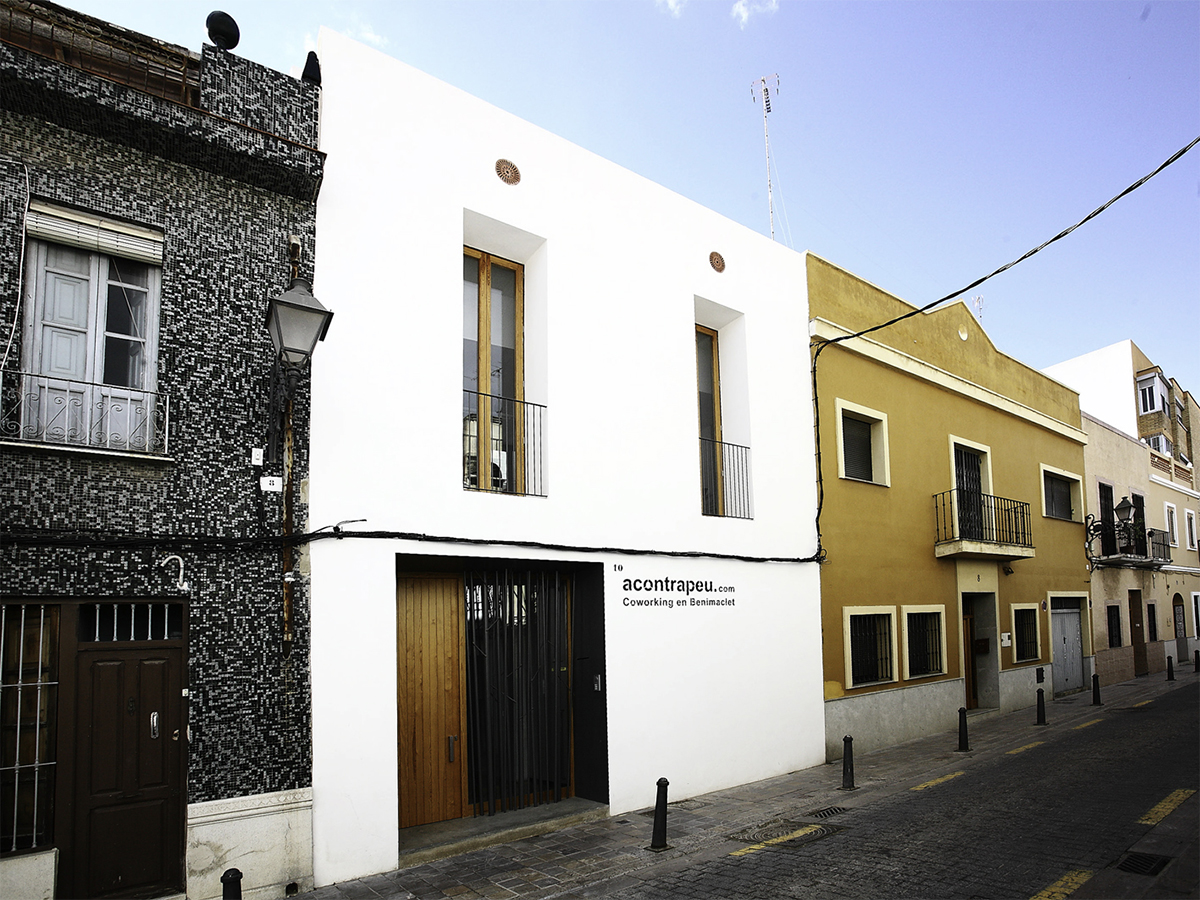 This new building faces two streets. It was designed by the architects Arturo Sanz and Carmel Gradolí and constructed between 2010 and 2012. It houses an architectural study and offices for rent.

Its image is contemporary and at the same time respectful of the historical surroundings. It balances the different levels of the two streets by way of an interior spatial organization with various interspersed levels, united through a central staircase open to an inner courtyard.

Externally, the northern facade fits in with the line of traditional architecture of Alegret street, while the southern facade is protected by wooden fixtures and metallic sliding doors covered by wooden shutters which gives it a more modern look