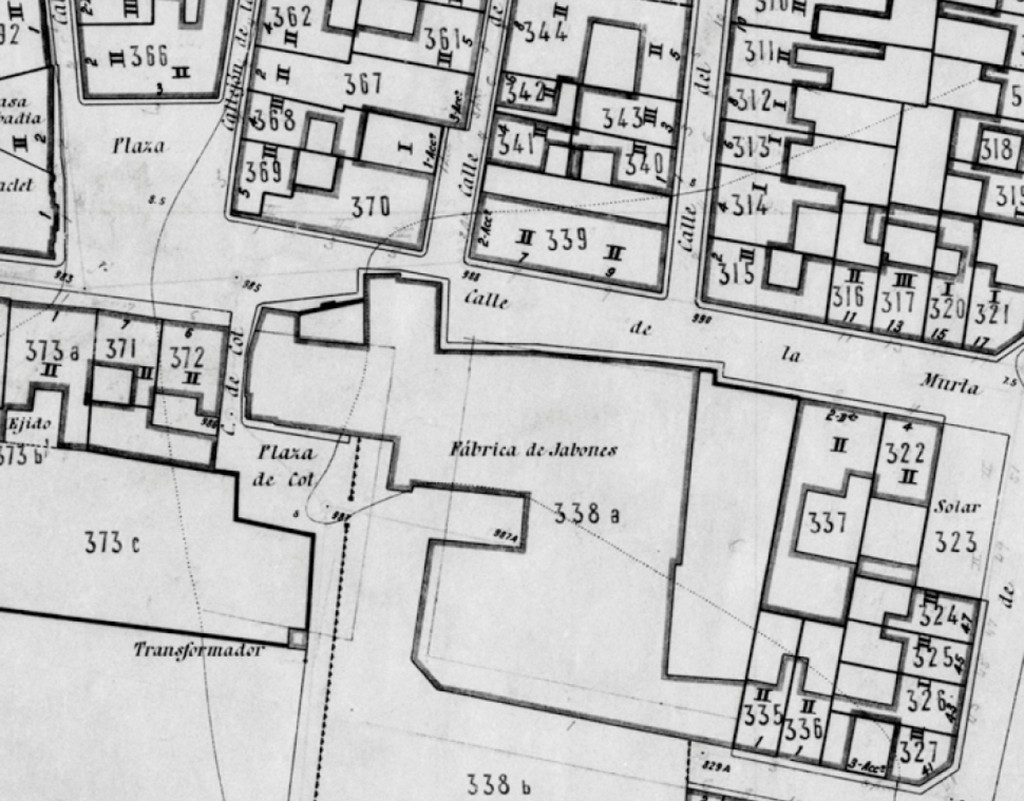 The soap factory was located in Murta Street, next to the current social services centre. According to the 1944 map, this street was situated between Utiel Street, previously called Vistabella Street, and the present Mistral Street. We must bear in mind that neither Utiel Street nor Mistral Street existed in those days. We could say that the soap factory marked one of the limits of the central core of Benimaclet. Outwards from there, there were only huertas (orchards, kitchen gardens) with dispersed farmhouses or groups of houses far away from the centre.

The neighbours tell us that coconuts were brought from the port, and that they were imported by ship “to make a very good coconut soap”. The soap was sold in small tablets. The factory had a house for the guardian and a really tall chimney.

As time passed, as the village grew, people complained about the smell and finally the soap factory was dismantled. Some neighbours tell us that in the 1940s, the building was already abandoned and partially in ruins. However, others remember that during the flood of 1957, there still remained soap inside, and as the water was getting in, the owners asked for help. So the neighbours went to help and they shared out the soap for it not to be wasted by the water.