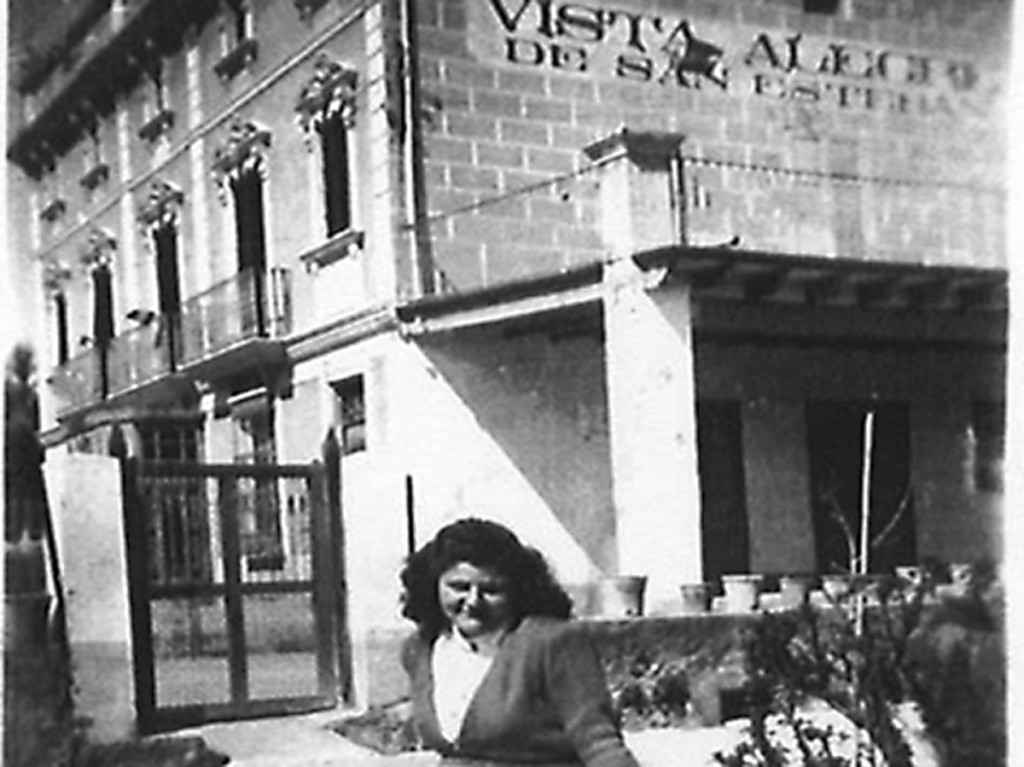 This villa, situated in Guardia Civil Street, dates back to the beginnings of the 20th century. It was the country house of the well-off Martí family. The owners lived in Reino Avenue and used this villa as a summerhouse. Next to it, there was a house for the servants. As the housekeepers´ granddaughters remember it, their grandparents worked for the Martí family and lived there nearly all their life. They were in charge of the maintenance of the house and the agricultural fields around it, and also of the horses and other animals they kept for their own use. The garden was big, and a paid gardener saw to it that it looked pleasant all year round. There was a terrace, too, where the lady of the house used to sit to sunbathe, and a bay window decorated with stained glass. Both of them have disappeared.

There is a reason for the name “Casa Cafis”. People say that the owner had lots of land in Benimaclet and in other parts of Valencia. It seems that when he talked to people about his properties, he would say: “I have so and so many “Casa Cafis”” and he would repeat the number of cafissaes that he had so often that people started to say Cafis house. A cafissà is an old Valencian measure equivalent to 12 hanegadas. One hanegada is also a surface measure that varies widely from region to region. In Valencia, one hanegada is equivalent to 831 m2. Possibly, the origin of the term cafissà could be cahíz, which is a spatial measure for grains and legumes used in Spain. Just like all the other old measures, this one has no fixed value but different ones depending on the area. It consists of eight fanegas, 24 cuartales and 96 cuartales or celemines. However, there is a broad variety of computations depending on the region. A cahizada was an area of land that could be sown with one cahiz of grain. This probably developed into cafissà in the Valencian region.

During the civil war, the housekeepers asked for permission to open the house to evacuated people. About 60 persons were temporarily housed there. In addition, the housekeeper – loyal to the owners – hid the jewellery and other valuables so that they would not be stolen. To avoid problems, they also had to board up the statue of the Virgin that was kept in the home. There was a big shelter to which people would run automatically every time the thundering of bombs was heard.

Next to the house the Martí family built a factory; the only thing left of it now is the chimney, situated a few meters from the house. It was a vegetable cannery, mostly of tomatoes, with quite a large number of employees. It operated until 1956, according to their memory.

The housekeepers were employed there until the late sixties. When they stopped working, the owner added a second floor to the servants´ house for them to be able to live there until the end of their life, and he hired someone younger to be in charge. As people remember it, the house was inhabited until 1980.

Today, the villa is a public building, known as Chalet Martí, in reference to the last name of the owners. In it we find the District Town Council, which is in charge of various administrative matters for districts 6, 14 and 15 of Valencia.

The Market on the Square
Scroll to top