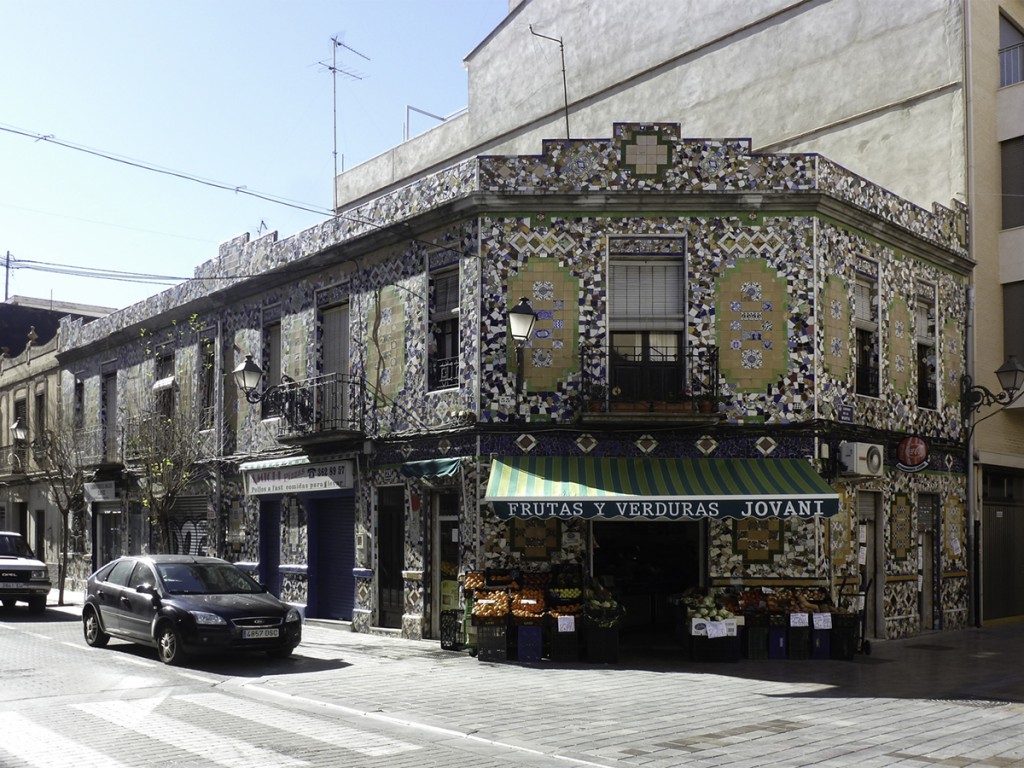 These houses are famous in Benimaclet because of their age and the very striking decoration of the walls.

José Sanmartín Zarzo, grandfather of the present owners, built them around 80 years ago. Amparo, one of the granddaughters, tells us that José was a humble bricklayer who worked as what nowadays would be a promoter and contractor. His family remembers that he was a loyal admirer of Gaudí and that he loved architecture, even though he was not able to study it. Apparently he collected ceramic leftovers from the building sites, as his economic situation at that time did not allow for anything else. In this manner he built these houses with a normal structure for that time; however, they have a very different façade that tries to emulate, in some way, the architecture of Gaudí as a tribute to him. Perhaps José liked architecture in spite of his lack of formal education because he was a man who loved to read and who kept in touch with the world of culture of Benimaclet. He wrote poetry, he took part in the dramatic plays performed in the music casino, and he also played the cymbals.

The houses were used to live in. Amparo tells us that she respected the façade when she reformed the house, because it is legally protected and because people love it due to the symbolism it has for Benimaclet. In the 70’s the corner ground floor space was rented to a grocery store: Verdulería Jovani. Amparo – the woman in charge of this store – used to sell her products from a wooden stall at the Benimaclet open-air market. The store has now operated in this peculiar house for around forty years.

Pedro Almodóvar chose these houses to shoot some scenes of his film “The bad education”, expressing his admiration for them. In addition, they have appeared in several short films submitted to the A.VV. (Neighbourhood Association) short film contest in 2011 and 2013, which goes to show their symbolic importance.