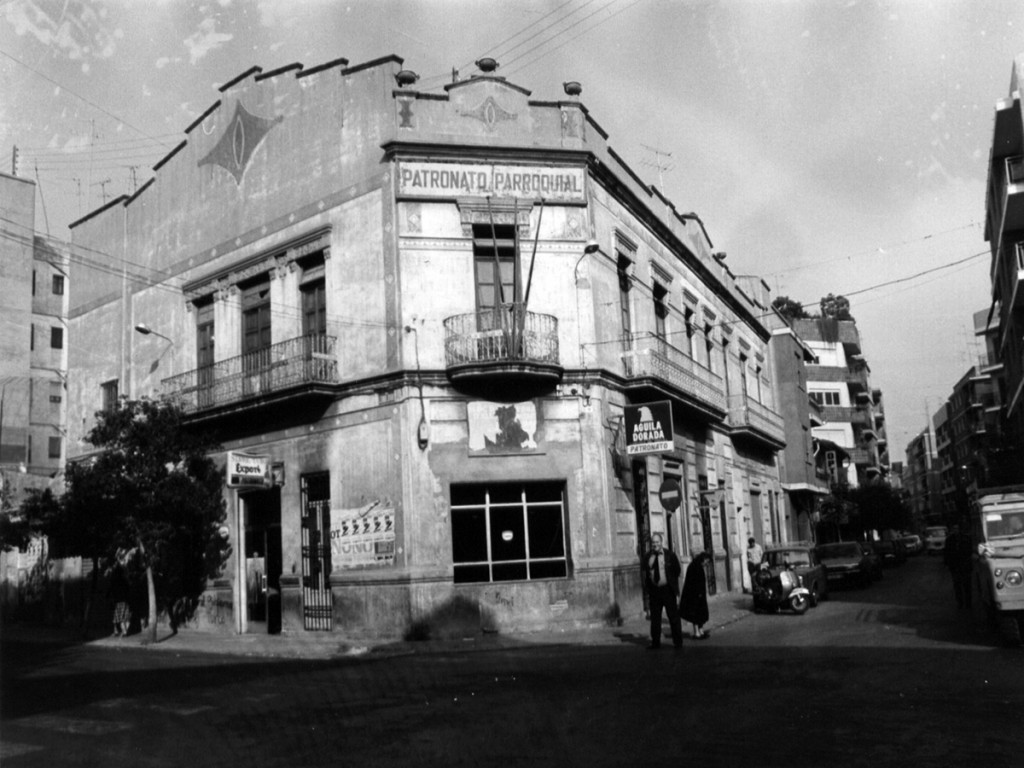 The building at the corner of Barón de San Petrillo Street, Enrique Navarro Street and Leonor Jovani Street had many different uses in the past. The exact date of construction remains unknown, but the first reference that the locals have of this building is as the San Josep Cooperative, at the beginning of the 20th century. The land belonged to the church that gave it to the cooperative, which had been located in various places in Benimaclet and finally found its home here.

It was a local farmers’ cooperative, quite modest, where crop seeds were stored, horse carts came in, etc. By the time the civil war ended, people remembered the building as the right wing casino and later as belonging to the Falange.

For some time there were classrooms (for boys only) known as “The Parish Schools” on the first floor. Some people remember them as “The Right Wing Schools”, since this was the name of the political group that had created them, but they did not require a pupil’s father to be an associate of this group; everyone was admitted. There were two classrooms and a playground on the ground floor of the building, which was owned by the parochial church, which got it back in 1967. From this moment it was called “The Parish Foundation”.

It was a meeting place, similar to the Casino Musical (see CIM) but much older; its purpose was entertainment. The ground floor was a bar, where the elderly used to go to play cards, dominoes, etc. There was a cinema for children, and for one peseta (coin previous to the euro) they could watch two movies. There was also a hall used for meetings, and next to it there was an outdoor pelota court, sometimes used as a summer cinema, and a small stage where plays were performed more or less regularly.

In the Parish Foundation, youth movements such as Youth 68 used to meet. This was a movement without catholic roots. It was the first movement that was open-minded and aware of the creative power of youth. Its objective was to mobilize young people so that they could develop the activities they were most interested in: theatre, poetry, sports, music… There were social talks, outings, exhibitions, study groups, etc. It only lasted for a couple of years. This movement served as a model for those of other villages.

The Train Stop
Scroll to top