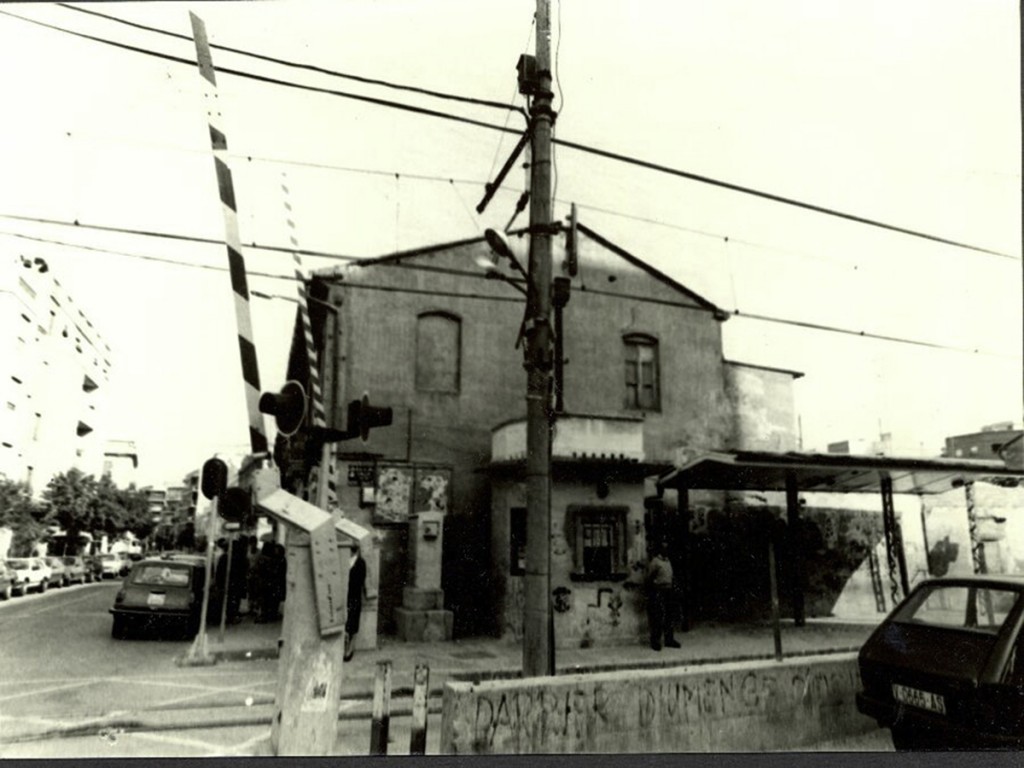 At the Benimaclet train stop there was a small building where tickets were sold, and also a platform with a small shelter so the people waiting for the train were protected from the rain or the sun.

It was situated at the corner of Barón de San Petrillo Street and Doctor Vicente Zaragozá Street, where Paco’s greengrocer’s is now. There was a really old level-crossing system, but by the 50’s it was not in use anymore.

Even though this train stop was simpler than the estacioneta (little station), it was the place where many neighbours used to take the train, as the little station was further from the centre of the village in those days.