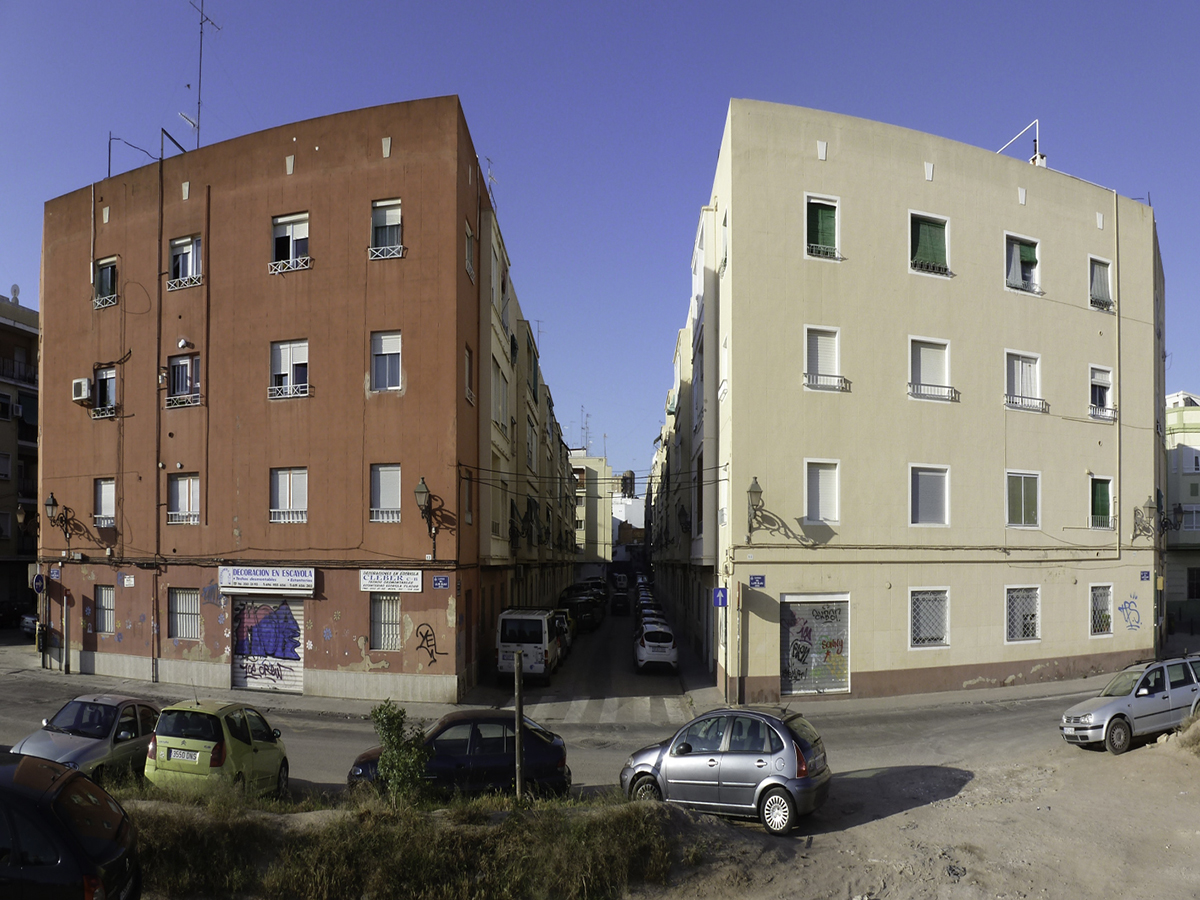 This important social housing quarter came into being thanks to the initiatives of “The charity construction unit San Francisco de Asís” (Entidad constructora benéfica San Francisco de Asís) and Luis Ferreres Ruzafa. It was designed by the well-known Valencian architect Javier Goerlich Lleó, who is resposible for the modern appearance of the city of Valencia. It consists of two long and narrow blocks grouped around the San Francisco de Asís Street and limited on the outside by the Murta, Mistral, Lliri Blau and Maestro Buenaventura Pascual streets.

The buildings are linear and four storeys high. All of them are for residential use, except a few small shops on the ground floor at the narrow ends of the buildings. The three or four bedroom apartments are based on a rational distribution of the concrete structure; they represent a significant change that can also be seen in other parts of Valencia: in the central parts, the first to be built, the rooms for common use (living room/dining room) look out on the large shared courtyards, while at either end of the buildings they face the side streets directly. The facades and the interiors are elemental. In the words of the architect, “decorative and luxury elements have been sacrificed in order to obtain a better economy of the conditions of habitability and hygiene recommended by the National Housing Institute (Instituto Nacional de la Vivienda)”.

Popularly, they are known as the “houses of the railway people” (casas de los ferroviarios), since in the early days they housed the people from Aragon who came to the city in order to work for the Valencia railway company la Compañía del Ferrocarril Central de Aragón.