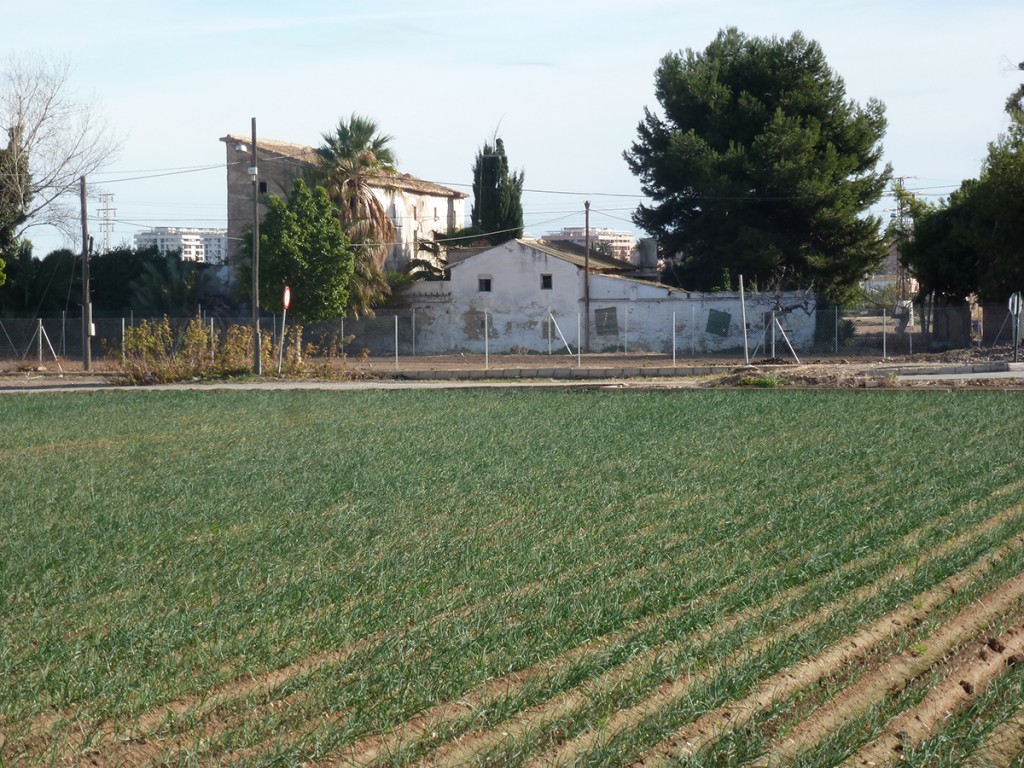 This farmhouse is catalogued as a BRL (protected heritage) and appears in the Catalogue of Protected Buildings and Rural Spaces of Valencia City Council. However, currently it is deteriorated and ruinous. César Guardeño, an expert in the heritage of Valencia and member of the Circle for the Protection and Diffusion of the Cultural Heritage, says that the Public Administration will soon be informed of the tragic state of this place, so that they may do something about it.

In the relevant document, we can read: “The name of Serra farmhouse appears in the Ascensio Duarte map of 1595, and is picked up by Francisco Antonio Cassaus over a century later. (…) The flared doors and windows were shaped in the eighteenth century style, so we could say that the current configuration of the Serra farmhouse could be dated to this period, although the existence of a farmhouse with the same name and in the same place suggests either a permanence of the toponymy over time or the reconstruction of an old building.”

The Serra farmhouse was situated on La Carrasca path, next to the cemetery of Benimaclet. It was near the former Churra railway, close to the old milk factory El Prado. Today it stands between the Ronda Norte (Northern main road) and the Mediterranean Motorway.

In the Valencian huerta (orchard area), this kind of farmhouse is called “moruna” (Moorish) due to the arched door oriented toward the midday sun. During the Independence War it appears in the maps, surrounded by guard posts of French troops, and it already appears with the name of Serra. In fact, the name of the road to get to it was also named Serra.

It seems that the Serra family were tenants and that they still pay rent to the owners. The Serra siblings are still alive. They are two women and one man, uncle Paco, who is the one renting the house today.

The floors and ceilings are made of wood and reeds, and everything is half destroyed. We observe ropes, strings, and thatched benches used to raise silkworms, all now broken. The internal partition walls are made of wattle and covered with plaster. The kitchen is reasonably well preserved, as is the room with an eastern window.

There is a big room with several shelves of wattle for silkworms, and some of them are perfectly maintained, as is the magnificent and enormous fireplace, the chimney of which can be seen from the outside. The roofs and the enormous outer walls appear solid, too. It looks as if the wood around the windows is still the original one, worn by wind, rain and sun.

The backyard has a big porch around it, as more than one hundred silkworms were raised there as a supplement to the agricultural economy along with the poultry. People say that they had ten or twelve cows. There are all types of agricultural tools, as the farm had a horse-drawn carriage that was used to till the land. Above the entrance door, there was a balcony that doesn’t exist anymore. Some of the old trees are still standing.

What is most impressive about this farmhouse is its size, the greatness of this rectangular building named Paco Serra’s farmhouse.