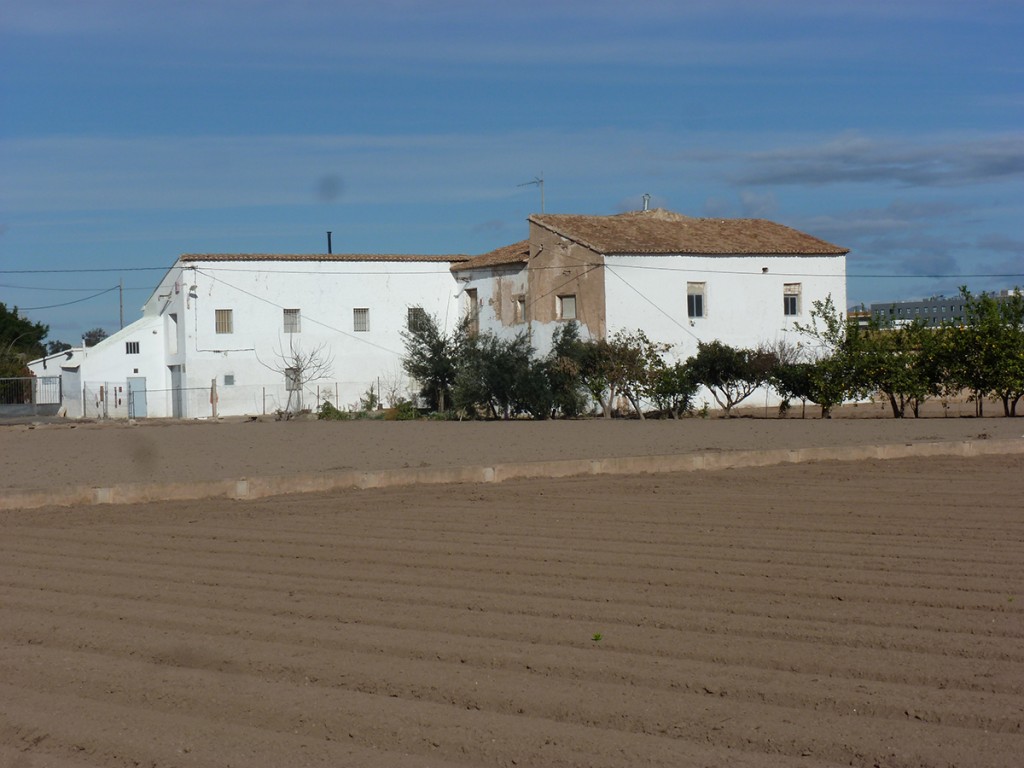 The Farinós Mill is located exactly halfway between Benimaclet and Alboraya, so half of it belongs to the municipality of Valencia and the other half to Alboraya. The first request to build it is from 1792, when Antonio de Palavicino asked for permission to build a flourmill with two normal millstones and one for support, on the irrigation ditch Escorrentía (torrent) de Navarro, on the road from Benimaclet to Vera, in the partida (area) de Rafelterrás. The new owner, Tomás Benet, was able to start the project in 1817 after many objections against its construction, among others from the nearby mill of Masquefa. In the middle of the nineteenth century, it is included in the inventory carried out by Madoz and in 1887 it appears as a flourmill.

The present floor shape of the mill is a long nave transversally positioned over the Vera irrigation ditch, with two parallel corridors separated by a line of pillars. The building has two floors and a tiled monopitch roof oriented to the back façade, where the irrigation canal comes in. The entrance door is situated in the southern side façade. There is a large number of windows on the main façade and on both floors. The walls are mainly made of masonry combined with brick. The hydraulic part consist of the Vera ditch itself that widens slightly to form an entrance to the mill and a flow that assures the unimpeded circulation of the water.

A small dam separates the two flows of water, and a brick vault covers the galleries under the mill. Over the years other more modern pieces have been added for housing and agricultural purposes.

The present state of the mill is good thanks to repairs that have preserved the building, no doubt because of its use as housing during the second half of the twentieth century even when the mill was not operating anymore. However, the hydraulic part has been altered more; the channel is now totally covered by concrete at the level of the surrounding grounds. The water wheels have been taken down from their original site and the machinery does not exist anymore.