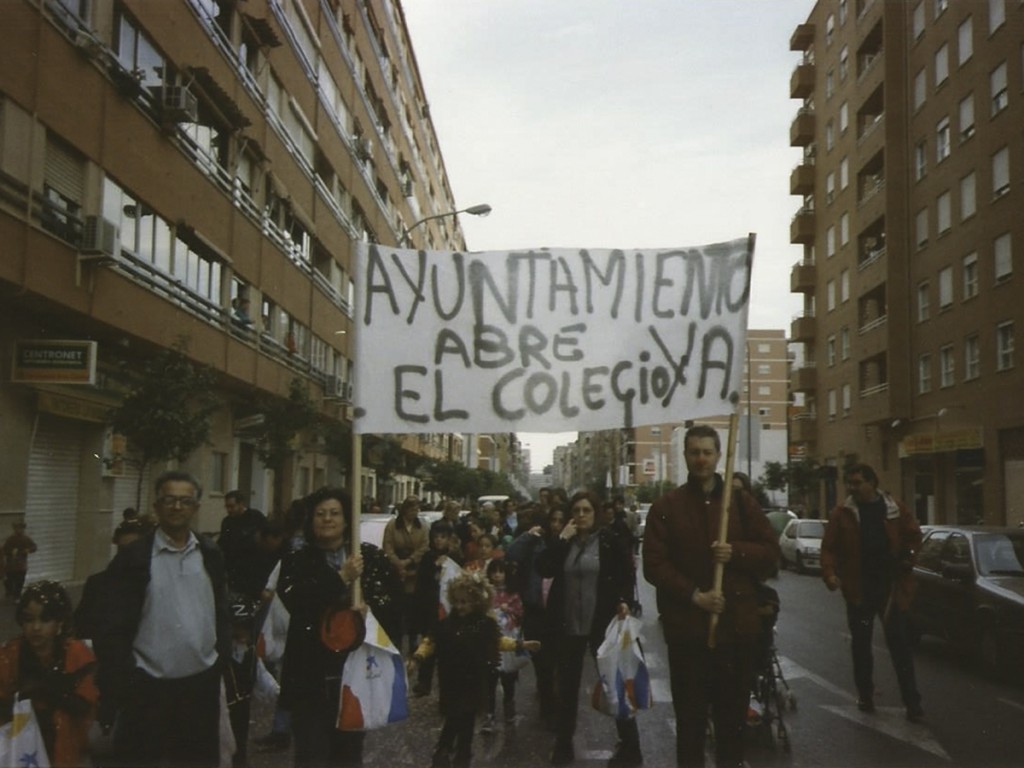 The new building for the Municipal School of Benimaclet became possible thanks to a struggle that began in the 1970s. The school became a reality because of the efforts of the mothers and fathers of the barrio together with the support of the Neighbourhood Association.

Earlier, there was a school that formed part of the old National Schools of the 1950s and 1960s. Its classrooms were still spread out in several buildings in different barrio streets. (See Carles Salvador school)

At the time the new school opened, the old ground floor classrooms were located in Hermanos Villalonga street and in 19 and 64 Poeta Emilio Baró.

For many years there were coordinating committees set up to try to promote the construction of the new building, but in the final stretch only the parents of the municipal school were left. Together with the support of the Neighbourhood Association of Benimaclet, they were the ones who finished the job.

The expropriation of the land was very complicated, since it was not carried out by means of an urgent measure, and the expropriated took it to court, which slowed down the process. Once this obstacle had been overcome, the process was paralyzed anew, because the City Hall and regional government of Valencia, in the hands of different political parties, did not agree to continue with the necessary handing over of land. When this had been sorted out, new problems cropped up, for example of how to install water in relation to the irrigation canals.

The building was finally completed and in order to have the school open as soon as possible, the meetings with the government and City Hall continued.

One could say that the struggle for the new Municipal School achieved other benefits, too, among them the implication and participation of a large number of mothers (and a few fathers). In addition, these efforts led to an increase in awareness in the barrio that this problem had to be solved.

The new Municipal School of Benimaclet was inaugurated in 2000. The students could begin using it halfway through the school year 1999/2000.

The Ferrer i Guàrdia High School
Scroll to top