The Centre for Social Services 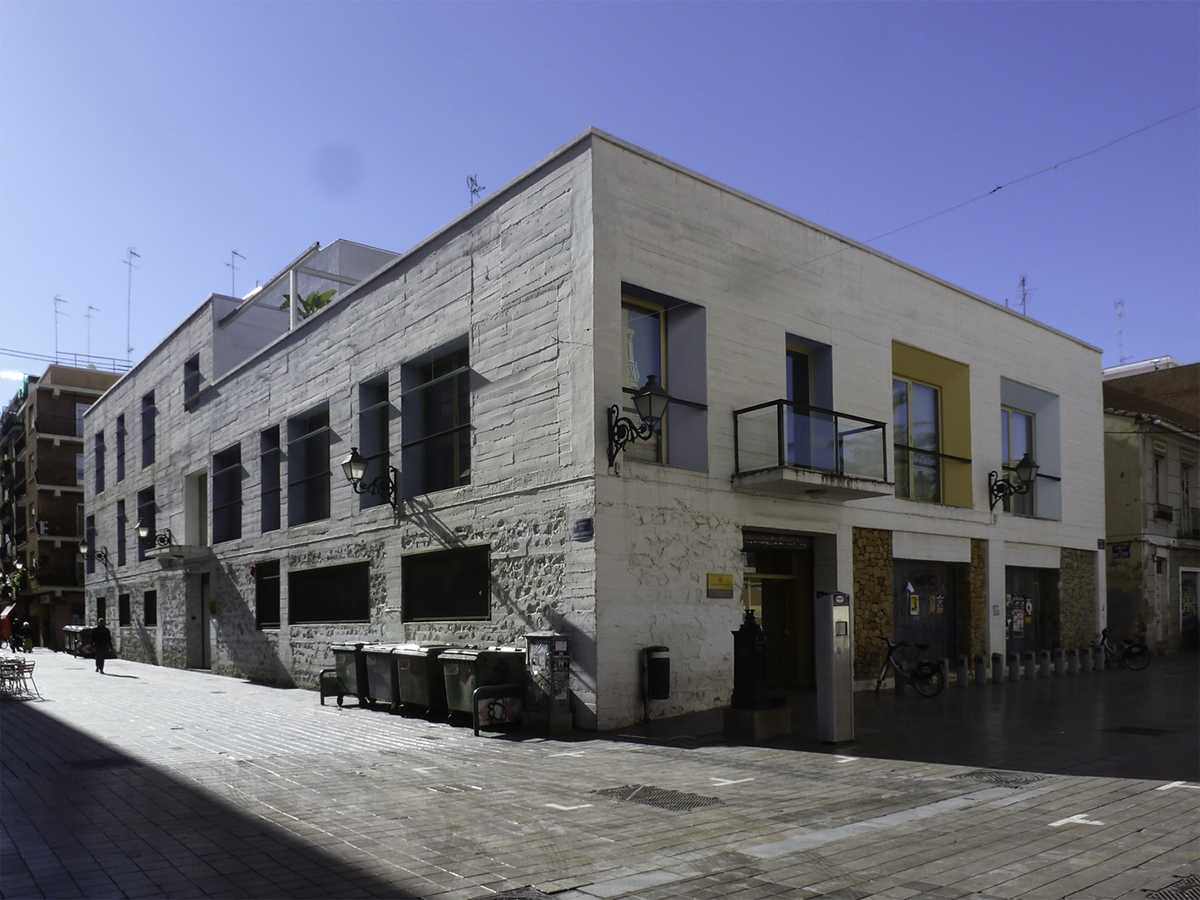 During the 1980s, a barrio market was built at this spot. It was quite rudimentary and because of disagreements with the merchants it was never actually used.

The present building was constructed in 1998-1999 by the architect Adolfo Herrero Colás. It is a multipurpose building mainly meant to be a centre for social services, but also with the idea to function in the future as the seat of a district city hall, in case the old village of Benimaclet should again get its own deputy mayor. This hypothesis was not expressed by City Hall, but the project shows its intention by means of the somewhat picturesque presence of a balcony overlooking the central square.

The building stands on the spot of the old soap factory, and earlier of a mill, one of whose grindstones was found and is now exhibited inside.

The walls are of masonry and concrete painted white and whitewashed. There are big windows enlivened in ochre and blue colours in line with the local popular tradition. This is not just an expressive method that tries to establish a relationship with the rural building traditions of the area; in addition, it improves the isolation of this type of walls, recognized as having great thermal inertia, increasing thus considerably the saving in energy.

According to the project report, “…the building acts as an extension made up of materials and textures that belong to the local architecture, with characteristics shared by all the villages of L´Horta (the local farm area)… these materials rest on the Mediterranean building tradition, occasionally improved in some cases where this tradition does not live up to the specified requirements.”

The report insists, in addition, on a contemporary vision of these, guaranteeing, “…textures and materials that are vaguely familiar and that live on in the traditional architecture with no mystifications; the scale is domestic and the volume strict without any projecting details…. (it is) the language of Mediterranean culture that Le Corbusier incorporated in his architectural creations in Ronchamp and Chandigarh and Wright into his in Taliesin West in Arizona.”

On top of the building there is an attractive leisure terrace, a sort of solarium that functions as the playful space for a small cafeteria, generously open to the view of the Benimaclet square.