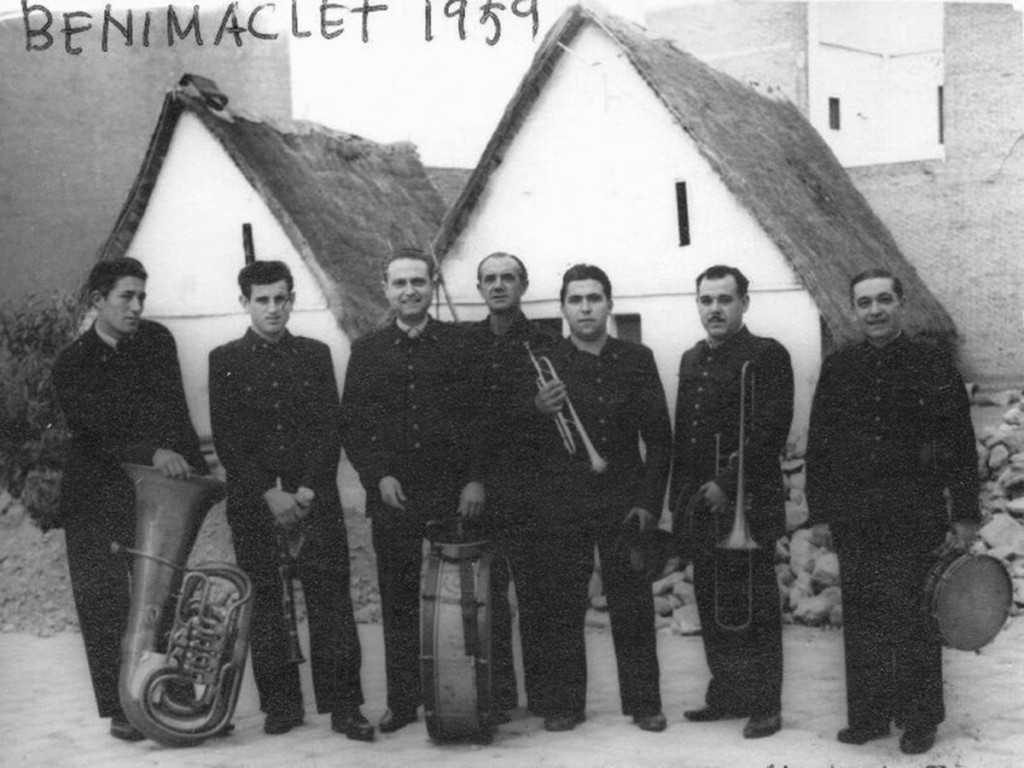 The Barracas of Tramoyeres (barraca is the Spanish word for the traditional Valencian rural house) were situated in this place until the 25th of May of 1959. It is quite peculiar that they still existed until this time in central Benimaclet.

Their name was due to its owner, who had nothing to do with Cuenca Tramoyeres Street or Reverendo Rafael Tramoyeres Street, even if these barracas were situated just in between those streets. The man called Tramoyeres who was living in the barracas had the very dignified responsibility of collecting the rubbish of the whole district. Just for this reason he deserves special recognition.

In the place where the barracas were situated, a high building now stands. On the wall of this building, ceramic tiles with a drawing of the barracas have been inserted to remind people of their existence and placement, as they were the last barracas of Benimaclet.

Later, once the new building was in place, the Health Centre of Benimaclet was located on the ground floor. There was no reception to get an appointment. The patients themselves, or their family members, controlled the order of turns, establishing one queue for each doctor.

The owner of the premises was Mrs Adelina, who was also the owner of the pharmacy next door. She ceded it to the Council for use as a Health Centre. It was a small place with a tiny waiting room. People remember the names of the doctors Martí and Maximiliano among others.

One neighbour remembers what the health centre was like at the end of the sixties: “It was a primitive ground floor space with suffocating heat in summer and arctic cold in winter. The WC flooded every time it rained and the light bulb was constantly stolen by some unscrupulous patient.”

In the late seventies, this health centre was relocated to bigger premises situated in Emilio Baró Street at the corner of Assagador d’Alboraia Street (then called Casas del Ingeniero Road).

Once the health centre had moved out, this ground floor space was used by the Democratic Union of Retirees and Pensioners (Unión Democrática de Jubilados y Pensionistas), which was relocated a few years later to its present place in Utiel Street.