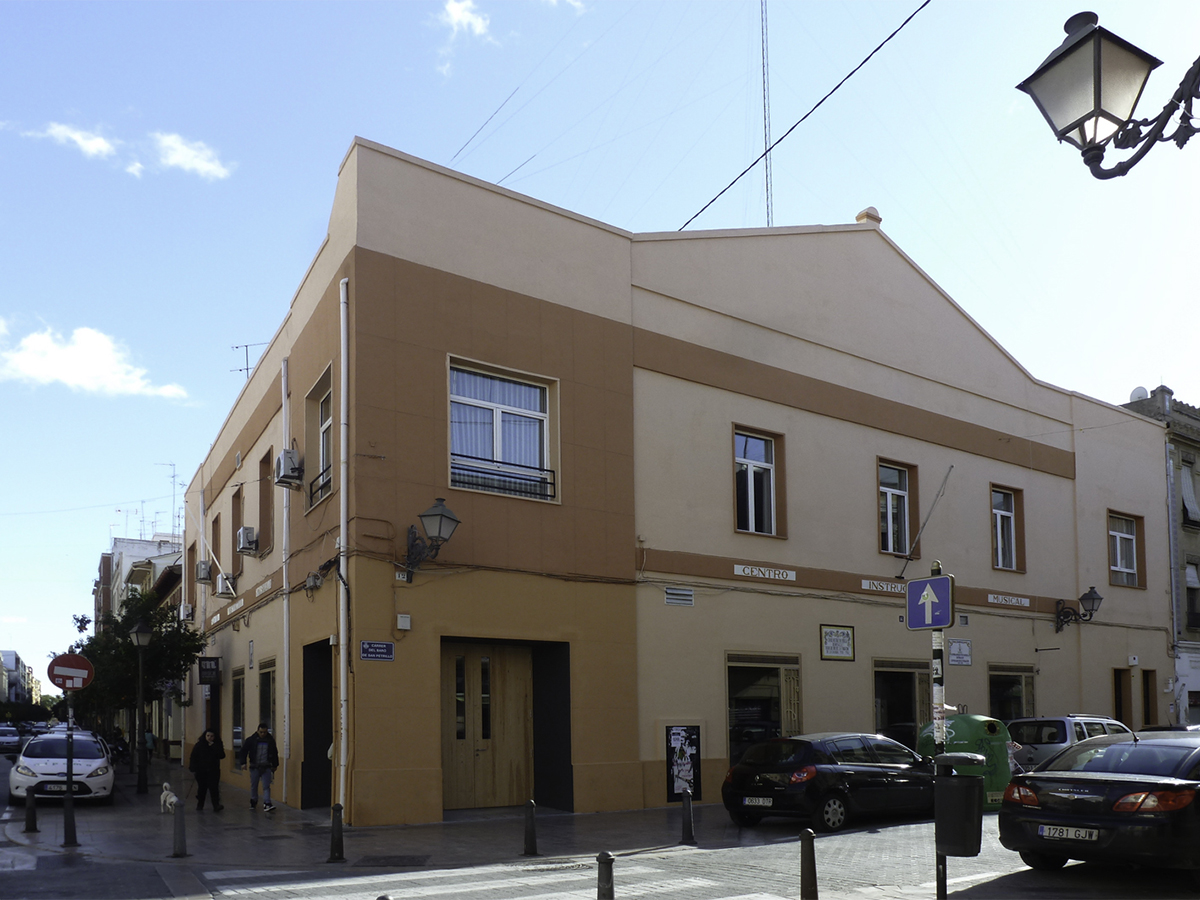 In the Barón de San Petrillo street, just across from the house of Pepa Nicolau, the painter, there used to be a music centre called “the Ducks Cooperative” (La Cooperativa “Los Patos”). Residents of Benimaclet remember that there was a conflict between the head and the musicians that caused the division into two bands. A number of musicians decided to stay with the head, who had an accident and became lame. Therefore the youngsters of the other band nicknamed him La Pezuña (The Hoof).

They say that La Pezuña had good musicians, and for that reason the other band tried to woo them over to their own band. Therefore they were called La Mano Negra (The black Hand).

According to what people say, the two bands went to the bullfighting arena separately for the annual band contests; some years La Pezuña won, other years The Black Hand. People also remember that there was a butcher, nicknamed “Maselnet”, who belonged to La Pezuña ´s band. He used to save the hooves of animals in sacks, and when his band won, he would throw the hooves at the members of the other band from a cart.

In January, for the feast of San Antonio, the Hoof´s band organized a very popular outing to the shrine of Vera. The band members would carry the image of San Antonio from the village of Bétera to the premises of the band (El Musical de Benimaclet), across from where the daycare centre El Bressol is now. They carried it at night, and one year they lost the wagon with the image and had to wander around the fields with candles to find it.

The Music Society (La Sociedad Musical) was founded in 1910, when the two groups united. From 1914, when it took part for the first time in the Valencia competition, it has participated diligently in all sorts of contests and competitions, managing during its most splendid period to compete against bands of such fame as those of Llíria and Villanueva de Castellón, among others. This society has inspired the music school, offering classes to students of all ages and including all sorts of music teaching: string as well as wind instruments, piano, percussion, guitar, etc., as well as musical language, voice etc. This constitutes the base of its present Band, Youth Band, Choir, street music (rondalla) and Orchestra.

The Cooperative
Scroll to top