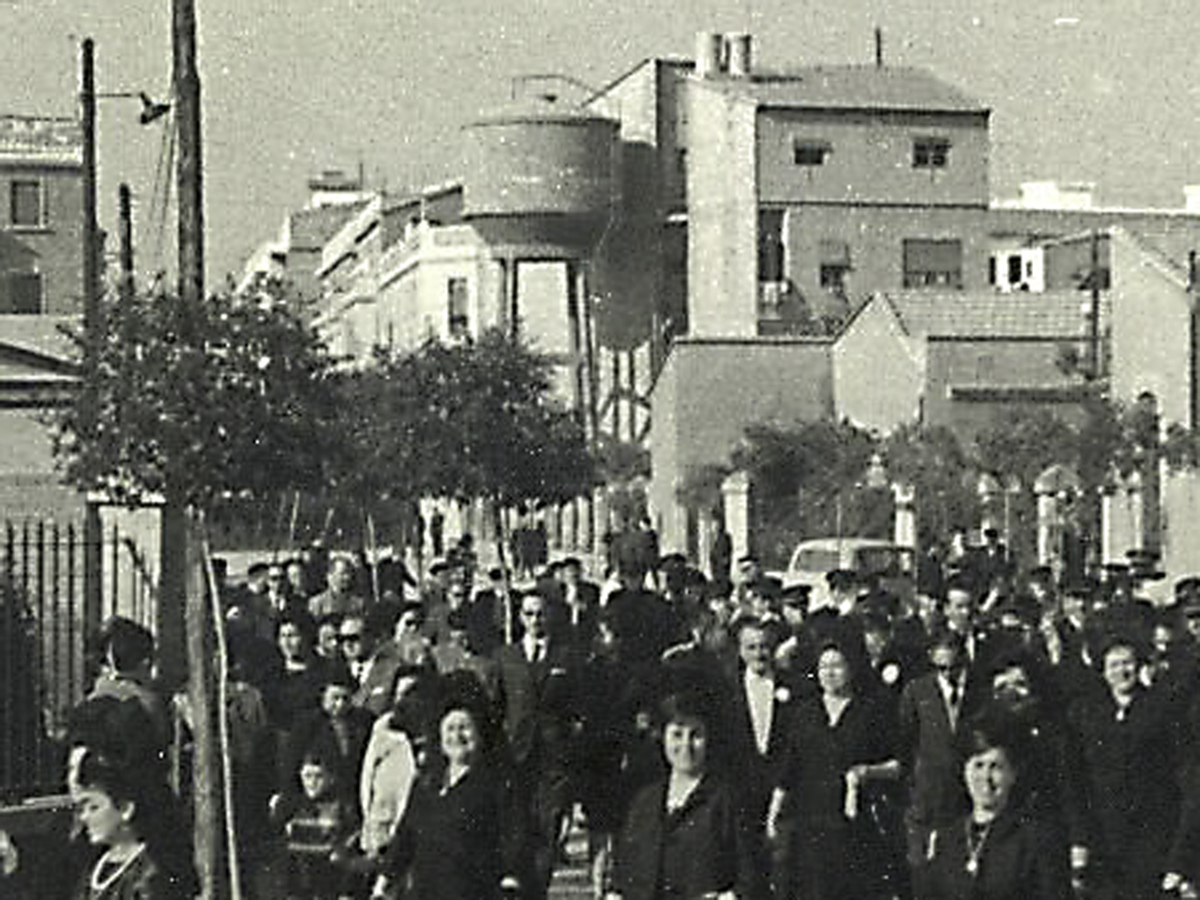 The water tower is still there, in Enrique Navarro street. People of the barrio tell two different stories about its origins.

On the one hand, they say, it was placed there in order to furnish water to the group of houses known as Casas de Abel Guardiola, which were built between 1955 and 1956 in Enrique Navarro street, including the José María Trenco square. The tower also facilitated water to the two blocks of one-family houses that made up, and still make up, the whole area between the Mistral, Enrique Navarro, Hermanos Villalonga and Vicente Zaragozá streets. They were built by the same company.

On the other hand, other residents associate the existence of these one-family houses, and along with them the water tower, with housing constructed by the Valencian Tram and Railway Company (la Compañía de Tranvías y Ferrocarriles de Valencia) between 1920 and 1928 for their employees.

This tram and railway company was created in 1917 as a result of the merger of the Sociedad Valenciana de Tranvías and the Compagnie Génerale des Tramways de Valence (Espagne) Société Lyonnaise. The company was in charge of urban transport in Valencia and was popularly known as la Lionesa (demonym for the locals from Lyon) because of its problems with the payment of taxes, since it was a foreign company.

The new company (quickly renamed in Valencian cacaus, tramussos, faves i vi, for its initials, but these words mean peanuts, lupins, beans and wine) ran the narrow gauge railway of the city of Valencia during forty-seven years. In 1924 it absorbed another company (la Sociedad de carbones minerales de Dos Aguas y del Ferrocarril del Grao de Valencia a Turís). The major improvement that this company brought was the electrification of the railway, begun in 1916 along the line that linked the Pont de Fusta station with the Grao (port). The electrification was finished in 1928 with the line to Liria.

The water tower remains as a witness of the time where the water channelling was not usual. Nowadays, it is another symbol of Benimaclet.