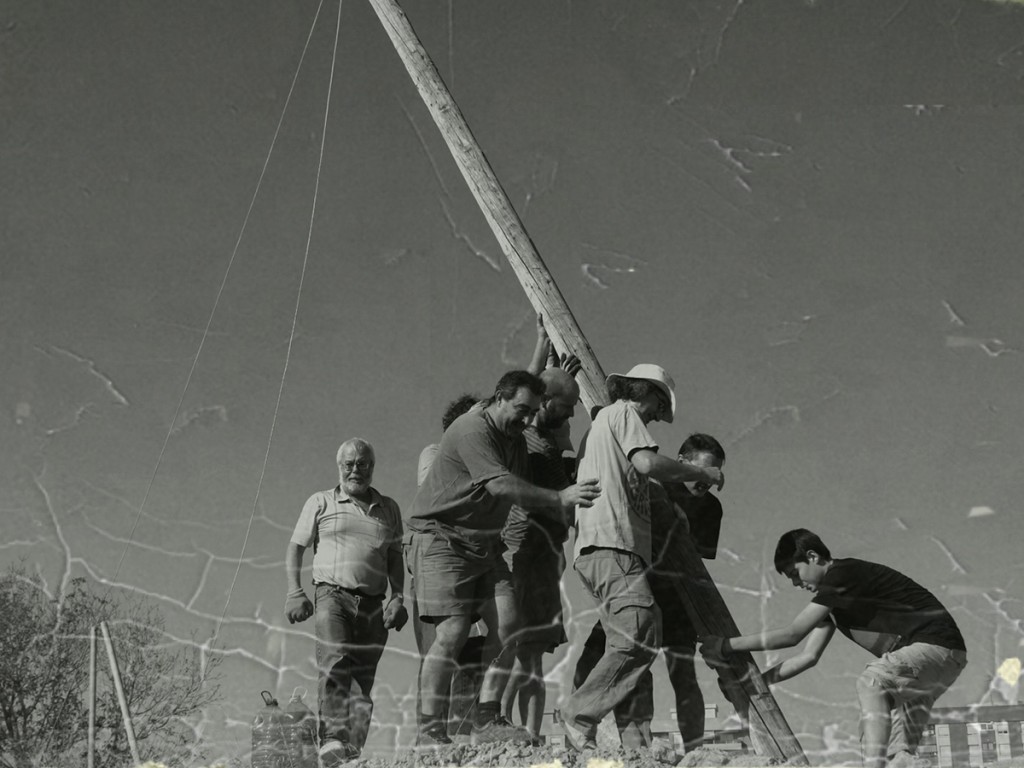 The urban gardens of Benimaclet were born due to an initiative of the Neighbourhood Association. Together with the participation and efforts of all the gardeners, it managed to bring back to use some abandoned areas of land. The idea is to cultivate vegetable gardens, to use the produce only for personal consumption, learning and promoting at the same time sustainable environmental techniques and healthy and responsible food habits.

The total land area right now is 4.513,14 m2, divided into sixty lots of use right. The process was begun in 2010 and on September 14, 2012, the gardens were inaugurated. They had cost a long and sharp fight against the owner of the land, a large financial company. All the political parties in City Hall supported the project and in the end the bank ceded the use of the land to City Hall, and City Hall in its turn transferred the right of use to the Neighbourhood Association of Benimaclet.

The land had been abandoned for seventeen years, waiting for the PAI (plan de actuación integral, integrated action plan) of eastern Benimaclet to be implemented. But all that happened was that it was covered with weeds and garbage. According to the urban plan for the land where the gardens are now, it will be a park in the future. In other words, the big bank had to cede the land for public use, anyway, sooner or later.

All the costs for labour and administration have been born by the gardeners themselves, with the help and support of the Neighbourhood Association. The urban gardens of Benimaclet constitute a great social victory and serve as an example for all barrios of Valencia. It is a project for recovering local identity and a commitment to an alternative to other life styles of the moment

Reclaiming a piece of the huerta (garden fields) of Benimaclet, we recover also a system of irrigation ditches, which had been largely destroyed by the growth of the city. In our case we reuse a branch (the Alegret branch) of the Mestalla canal.

In the garden area, people can meet and socialize and share work and enthusiasm. A space for common use has been set aside within the area. There are also compost spots in each garden, so that the organic products of the barrio can be recycled. The idea is to promote consumption of one´s own fresh and ecological produce, which means food independence and a new perspective on food safety. The shared labour on the land creates positive psychological, therapeutical and social effects, increasing social integration along with a feeling of community.

This alternative idea of environmental and nutritional education can be used by the barrio schools, and it also promotes ecological agriculture in a barrio with long agricultural traditions.

One of the most important factors involved is the linking of all the persons who make up its social network. Close to three hundred persons cultivate the gardens. Their commitment to and work for the project have made possible what seemed like an impossible dream: a cultural, environmental, social and recreational project of great importance for the barrio. It is a community process that foments a social, unifying, democratic and inclusive project, resting on and supported by the participation of citizens.

The barrio residents decided not to wait any longer for political promises and urban development plans but to act on their own to recuperate a common space that the barrio needed. Doing this, they also contributed to claiming the right of a dignified life for the inhabitants of Benimaclet, setting themselves up as real subjects of transformative action in our barrio.

The first anniversary of these urban gardens has now been celebrated and we are working on the second phase: to extend the gardens to a total of more than 8000 m2, reaching to the edge of Ronda Norte, some 40 more lots. The dream of making possible the impossible is coming true for residents and friends of Benimaclet.